“Tim has an extraordinary ability to see the core issues. His analytical and generalization skills are some of the best I have ever seen in an attorney.” –Jeff Simkovic, Billings Legal, PLLC 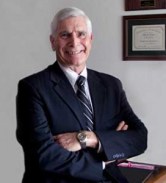 “I endorse this lawyer. Tim is an excellent lawyer. He is creative, well versed in the law, hard working, and honest. I would recommend him highly as an attorney.” –Alan J. Lerner

“Tim has demonstrated exceptional communication skills and an extraordinary attention to detail. Further, I have found his written correspondence to be extremely well thought out and analytical and he has always shown the utmost commitment to the clients that he is representing.” –Judge Stormy Langston, Lincoln County Justice Court, Montana

“Tim has a unique ability to ‘think outside the box’ to advance his client’s interests. He has a broad understanding of law and jurisprudence, which is very helpful in fundamental issues of constitutional law and public policy. Tim helped me advocate my client’s interests in Montana Shooting Sports Association v. Eric Holder (2010) by representing 30 Montana legislators in an amicus brief. His brief on the limits of the Commerce Clause in light of the Tenth Amendment was superb. I was very impressed with his attention to detail, analysis and broad thinking.” –Quentin Rhoades, Sullivan, Tabarraci & Rhoades

“Tim sees issues clearly and expresses them accurately. I know his writing abilities can be a ‘game changer’ in any case—as I have personally seen. Also, what is unique about Tim is that he has lot of jury trial and litigation experience and is able to use that experience in his writing. Tim is more than a good research and writer—he is an excellent litigator. That makes all the difference!” –Todd Hammer, Hammer, Hewitt, Jacobs & Quinn, PLLC

“I am quite familiar with Tim’s writing and research abilities. His knowledge of both federal and state as well as research and analytical skills are extensive. His interpersonal skills make it easy to communicate with him. If I had a legal issue that needed work, I would not hesitate to contract with him because I have found him to be trustworthy and professional.” –Senator Verdell Jackson, SD 5, Flathead County, Montana.

“I have worked with Tim on some serious legal issues and found that he is a very articulate and knowledgeable legal analyst.  He is very organized, detailed and thoughtful on how he addresses the issues. Some attorneys ‘cookie cut’ their legal analysis, but not Tim. Tim cares deeply about creating original, persuasive work, and it shows. He is very easy to work with and very professional.” –Carl Jensen, Jr., attorney, Great Falls, MT

“I have known Tim for several years and have worked closely with him on some highly-contested cases concerning medical marijuana and Congress’ Commerce Power relative thereto. Tim wrote some brilliant motions and briefs in both state and federal cases and articulated legal concepts that you rarely see attorneys argue. Tim has a strong grasp of constitutional and civil law which clearly shows in his writings, and he aggressively and fearlessly represents the interests of his clients.” –Chris Lindsey, attorney