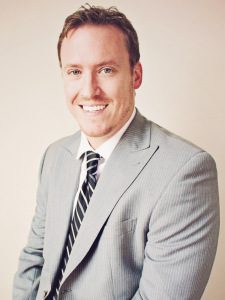 Tim is a former Florida prosecutor and Montana public defender, has practiced criminal law and civil litigation for over 12 years, and puts his experience and knowledge to work for his clients.

Born in 1979 and raised in Pensacola, Florida, Tim decided to become a lawyer when he entered college at 18 years old. Tim obtained his Bachelor of Arts from the University of West Florida where he majored in English and minored in Political Science. Tim graduated from Cumberland School of Law at Samford University in 2004, where he focused on litigation courses and won several trial team awards.

Immediately after obtaining his Juris Doctorate at 24 years old, he became an Assistant Florida State Attorney, 1st Judicial Circuit, where he prosecuted hundreds of misdemeanor and felony crimes. He obtained a wealth of trial and litigation experience during that time and continues to try jury trials in civil and criminal cases. He has tried nearly 60 jury trials to date.

In 2006, Tim started his law practice in Florida, moved to Montana in 2010 and has practiced law handling criminal and civil matters. Since entering private practice, Tim has helped thousands of clients and works vigorously to protect their rights.

Tim has a passion for political and philosophical matters and issues. Tim ran for Montana State House in 2012, has authored hundreds of political articles and several books and writes a weekly column for the Flathead Beacon. Baldwin is a member of the Federalist Society, enjoys being actively involved in his community, and is father to three children and husband to Jennifer. He enjoys the Montana life, including music, singing, hiking, hunting, and family.